The Papers of Michael Davitt is a collection of photographs, notebooks and diaries, personal papers, autobiographical writings, letters and pamphlets created by, for, or about, the great Irish republican and nationalist agitator Michael Davitt (1846-1906). Davitt was a social campaigner, labour leader, journalist, Home Rule constitutional politician and Member of Parliament who founded the Irish National Land League. He was born in Straide, Co. Mayo where his family was evicted from their farm in 1852. The family emigrated to Lancashire where Davitt was employed as a child labourer and lost an arm in a factory accident at the age of nine. He later worked in a post-office and printing works. In 1865 Davitt joined the Fenian movement and, in 1868, he became Secretary of the IRB, and an armaments agent in England. In 1870 Davitt was arrested for smuggling guns to Ireland and sentenced to fifteen years imprisonment on the uncorroborated evidence of John Joseph Corydon, a spy. On his release in 1878 Davitt gave lecture tours in England, Ireland and in America. In 1879 he founded the National Land League with Charles Stewart Parnell. In 1881 Davitt was imprisoned in Portland Prison and was elected an MP for Co Meath but his election was declared void because of his imprisonment. He was released in 1882 and published 'The Prison Life of Michael Davitt'. Davitt was elected MP for South Mayo in 1895 and in 1898 he, together with William O'Brien, founded the United Ireland League. In 1899 Davitt resigned his parliamentary seat over the Boer War. In 1903 he visited Russia and in 1904 he published 'The Fall of Feudalism'. Davitt helped found the English Labour Party with Kerr Hardie in 1905. Davitt died in Elphis Hospital, Dublin on 30 May 1906, aged 60, from blood poisoning. The fact that the Lord Lieutenant of Ireland attended the funeral was a public indication of the dramatic political journey this former Fenian prisoner had taken.

The Davitt papers, originally collected by Davitt’s widow, Mary, were in the hands of Professor T.W. Moody, Professor of Modern History, Trinity College Dublin and biographer of Davitt, and were arranged, numbered and listed by him. His arrangement and catalogue remain in use but aspects of his numbering have been superceded. Additional listing was performed by staff in the Library of Trinity College Dublin. The papers were deposited in the Library in parts on 31 March 1978 and 20 August 1980, and were presented to the Library by Davitt's son, Judge Cahir Davitt (in May and June 1982 with some later additions in January 1983). 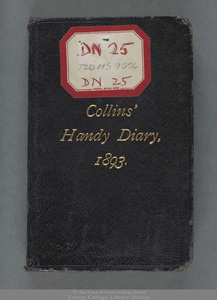 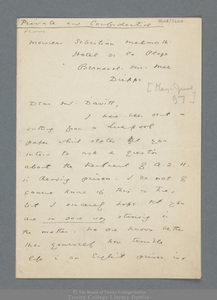 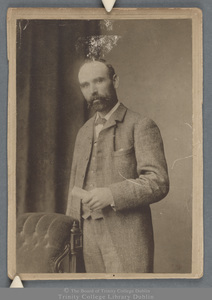