The J.D. White collection comprises more than 900 popular slip ballads printed in Dublin, Cork and Johnstown in the 1850s and 1860s that refer to contemporary events including the Crimean War, crime and politics, and emigration. The ballads were digitised by the Library of Trinity College Dublin in 2011.
John Davis White (1820-1893) was the proprietor and editor of the 'Cashel Gazette' newspaper. During the 1850s White purchased the printing press from the defunct newspaper the 'Clonmel Herald' (established by the late William Bayly Upton), which he used to start his own, short-lived single-sheet newspaper, 'The Amateur Press'. From there he established another newspaper, the 'Cashel Advertiser', also short-lived. In May 1864 he launched his third, and ultimately more successful, newspaper: the 'Cashel Gazette and Weekly Advertiser'. The Gazette continued up until White’s death in 1893. In addition to his journalistic endeavours, White was sub-librarian of Cashel library and a curator of Cashel Museum; he was heavily involved in church affairs, and was something of an historian: in 1892 he published Anthologia Tipperariensis, and another of his works, entitled 'Sixty Years in Cashel', was published posthumously in 1893. For further information on J.D. White see Denis G. Marnane’s 1994 article in the 'Tipperary Historical Journal'. 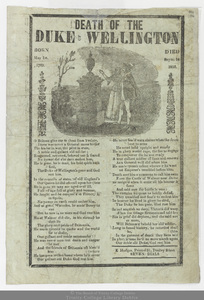