Arthur Warren Samuels, born in Dun Laoghaire, Co. Dublin in 1852 to solicitor Arthur Samuels, was an Irish Unionist Alliance Member of Parliament for the University of Dublin, 1917-1919. A law graduate of Trinity College Dublin Samuels became a barrister in 1877, and was appointed the Solicitor-General for Ireland in 1917. In 1918 he became the Attorney-General, and in that same year was selected as a member of the Privy Council. He died in 1925.
This collection of printed ephemera, regarded by the authorities at the time as extremely subversive, was collected during the period of World War I to 1922 by Samuels himself. The collection, containing pamphlets, leaflets, and flyers on topics such as Home Rule, the Free State, The Treaty, and the deaths and executions of notable figures, was presented to the Library of Trinity College Dublin in the 1960s. It resides in the Department of Early Printed Books. 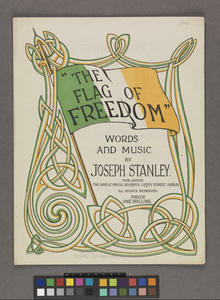 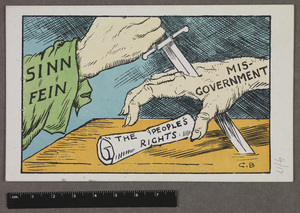 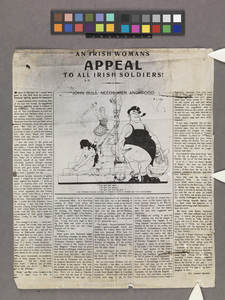 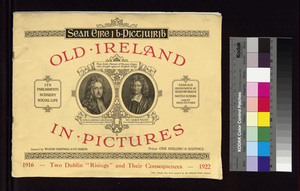 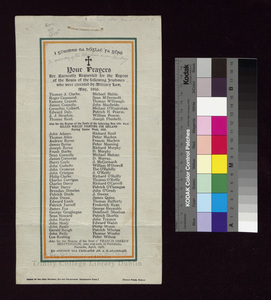